From 1977, we offer educational projects abroad for students and primary and secondary schools. With locations in Murcia, Malaga, Winchester and Bath, we work with students from all over Spain, including a wide range of summer courses for individual students as well as schools.

Our courses follow a careful learning methodology, focused on both the normal use of the language (living with English families) and the technical one, studying with native teachers.

Our origin, as a family business, has marked our spirit and values throughout all these years, taking personal and close care of each student.

We personally know every family that works with us, so they know how to ensure that the student has a pleasant and fruitful experience, with the goal of having an immersion of the student in their daily family life.

Over 40 years organizing courses in England, having worked with more than 2,500 Spanish students. We personally know every family that works with us, so they know how to ensure that the student has a pleasant and fruitful experience.

We are at all times accompanying and guiding the student both in Spain, before his trip, and during his course in England, as several SGSS staff will travel with him and will be available at any time.

We are a family run business and therefore we apply our family spirit to the linguistic experiences we offer, even when dealing with our students. We have been students of our own courses before becoming part of SGSS.

“You’re In My Heart”

SGSS team would like to extend our thoughts and sincere hope that you and your loved ones are safe during these unprecedented times. We wish you the best to face as a family the problem that we all have, and the greatest encouragement to carry out the quarantine.

We are with you

We have chosen our headquarters thinking of the best environment to learn both the English language and the culture. We needed them to be welcoming cities and not large ones, so that while learning the language they can also enjoy the other England, the more historical and traditional one.

For that reasons our main headquarters are in Winchester and Bath, two of the UK’s most iconic cities. Winchester for being the ancient and only city that, along with London, has been the capital of England, but which, unlike London, still maintains the British spirit in its medieval streets and a peaceful and quiet life with just over 45.000 inhabitants.

And in Bath, a UNESCO heritage site, which represents this Victorian tradition like no other British city, both in its streets and in the spirit of its people. Bathed by the Avon River, its numerous Roman remains and the wonderful architecture of its streets make it a unique place to walk and learn.

Located in the south of England, it is the current capital of the county of Hampshire and mixes history, tradition and customs, forming an ideal environment to learn and practice English.

It is a Roman city and former capital of England. It stands out for its historical buildings such as its Cathedral, City Hall or College, as well as for its attractions, such as the King Arthur’s round table (the mythical table of Camelot where legend assures that the magician Merlin had reserved a seat) or his walk along the Itchen river sidewalk.

Winchester College is one of the oldest colleges in England along with Eaton and Oxford. 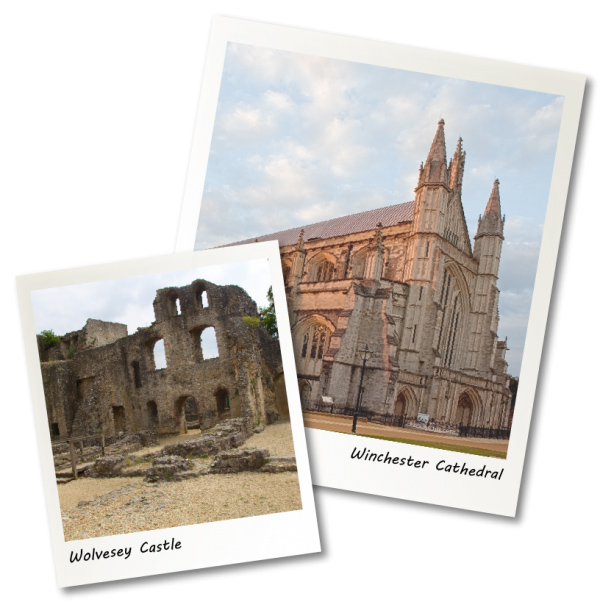 In the south-west of England, is the only city in the United Kingdom that is entirely a World Heritage Site. It is located 156 km west of London and 21 km southeast of Bristol.

Bath was founded as a thermal complex by Romans in 43 AD. They built the complex and a temple on the adjacent hills in the Avon River Valley, around the source of the thermal waters. During the Victorian time, this was the resting and gathering place for the British aristocracy, something reflected in the beauty of its enormous palaces and mansions.

Nowadays is one of the most visited touristic places in England and has one of the best British universities, such as Bath University.

If you want, fill up the following form and we will contact to you

Any cookies that may not be particularly necessary for the website to function and is used specifically to collect user personal data via analytics, ads, other embedded contents are termed as non-necessary cookies. It is mandatory to procure user consent prior to running these cookies on your website.